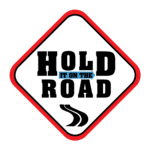 Inspiring the Next Generation

A Nonprofit Organization That Proactively Reaches Out to the Youth in Local Organizations, Communities, and Schools

Hold It on the Road is a 501(c)(3) organization dedicated to inspiring today’s youth through motivational speaking. We focus our efforts on a grassroots level that strongly relies on volunteers and corporate sponsors to get our message across the children.

In 2011, Geno Segers, Scotty Miller, and Michelle McMiller founded Hold It on the Road. Since then, we have been working hard along with local communities to help inspire our youth both in the U.S. and internationally. A few of the countries included in our outreach programs are China, Australia, New Zealand, Mexico, and Germany.

Our primary founder and sponsor, Geno Segers, is and will always be the main motivational speaker at all events. He has reached out to more than 30,000 students in the past 6 years.

Geno grew up in Winston-Salem, NC and graduated from East Forsyth High School. While there, he achieved all-state honors in football and wrestling and is now a proud member of the East Forsyth Hall of Fame.

After high school, Geno earned a full scholarship at Western Carolina University (WCU) in football. There, he earned All-American honors as a defensive end, but then moved to Charlotte, NC and played minor league football for the Barons. After helping the Barons win a National Title, Geno returned to WCU and earned his degree in Industrial Engineering.

Upon graduating from college, he set his eyes on becoming an international rugby player. He then went on to play for the USA Rugby League team and the Richmond Rovers—the New Zealand Rugby League team.

Geno was a part of many successful sporting teams including rugby, cliff diving, full contact, and sumo wrestling. After winning the New Zealand Heavyweight Championship in freestyle wrestling, Geno felt that there was more to life than playing sports.

Departure From the Sports Scene

Shortly after, Geno moved on into the business world where he ran small companies under the parent company, LGS Services Ltd. There, he offered bodyguard and private security services.

Along the way, Geno never forgot the words of Muhammad Ali, “The rent you pay for being on this earth is your service to others.” With that in mind, Geno worked in the local community in which he lived to help children in any way he could. It took a while before he could find his voice, but when he did, it was as if someone set him on fire.

Introduction to His Target Audience

Geno, upon leaving sports for good, was asked at his last game, “What are your plans now?” Not sure what to say, he gave a reply he read in some newspaper; “I just want to grow my audience, children.” As the whole room became very quiet, he found himself in the line of fire with tons of questions.

Afterward, Geno decided to form a plan of attack where he would start by reading stories to kids at schools. After years of contact with different age groups, he found that he had a stronger connection with kids between the ages of 8 and 12 years old. Geno would then tell stories to children at different events, book readings, and assemblies, and before he knew it, his audience started growing.

After just one audition for The Lion King Sydney production, many considered Geno a born Mufasa, as he commanded the stage. As a result of earning this role, the growth of his target audience was boosted.

Words From Our Founder

Hold It on the Road is a phrase my dad, along with many other men from the South, would use to replace a longer one. It simply meant, “Make good decisions while driving so that you get to where you are going safely.”

When we parallel what my dad and others meant with what we are trying to achieve, there is an undeniable connection.

We aim to help the youth of today in making good decisions currently in their life in order to impact their future in a positive way. Thus, “Hold It on the Road.”

The road of life is never a smooth journey. As decisions can lead us off the path of productivity, we all, at times, must work hard to “Hold It on the Road.” Even the man who is running a race and falls at the start will soon forget his fall if he runs his very best.

We want to help the youth understand that the pitfalls of life don’t make them weak and unsuccessful, rather see them as a part of life. In addition, we want them to realize that difficult decisions need to be made with care and thought. There will be many potholes, flat tires, and roadblocks along this journey, but confidence in their own abilities can only lead to nothing but the best results.

We rely on the help of volunteers and sponsors. If you are interested in imparting your skillsets or on becoming a benefactor for our organization, please contact us.